The Bad News, and THE GREAT GOOD NEWS! 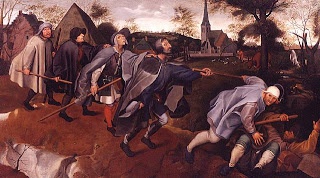 In the USA, and most countries the politicians control science, for political reason and not real science as found in nature. Academic science is now a weapon of propaganda(lies that are not found in the natural world) of the elite controlling people. This is done to cause emotional unrest and division.

Hate for real science that is not profitable for them or that would cause people to unite. The more “problems” the more they promise to fix them with “utopia” but only they can solve your problems, not you.

The huge corporations and drug companies control the greedy (came with nothing into politics now multimillionaires) politicians. We saw that when Obama signed into law the Big Pharma greed bill (and now he has a multimillion dollar home). Where US citizens cannot buy the same medications from foreign countries from the same companies labs using the exact same processes but 20% of the cost 80% off the USA price for the same exact medication.

For instance my insulin before this “law” was $45 for one bottle and $85 for the basal from Canada. Now it is $220 and #365 USD. And the Obama Care raised our insurance from less than $200 each full care, to $790 each for no office visits, just emergency only and no medications covered. Insurance companies had huge profits from this 300% increase in an already extreme profit business. Greed and politicians make me sick and could actually kill me if I can’t afford life giving insulin, (and this will stop soon as God’s plan unfolds.)

Trump just worked out a deal where insulin cannot be more than $35 per month. It is one of the many things he has done for the citizens and not for the huge corporations and the greedy politicians. Drug companies and law firms, insurance companies, own the media and all the propaganda news. with advertising. How many drug ads do you see? If you want to know why Trump gets bad fake news all the time. That is why. That is why he is clearly hated for cutting their money down to a reasonable price. Insulin cost about $5–10 to manufacture in 10ML bottles. Very tiny bottles. He is also pushing for generic drugs to be made here as soon as the patents wear out. That is bad news for Big Pharma. They hate him and they own the media. Anytime you cut into the money stream of evil corporations they come after you with lies and more lies. It is called character assassination. And in the past they killed McKenley for his stance for the people and individual prosperity, Kennedy for his humanitarian stance against this poison crap, they character assassination Nixon by the fake paid infiltrators who put on the fake Watergate scandal, Reagan they tried to kill him when he was shot. Now Trump is being assassinated in the media owned by huge corporations and drug companies. Trump has done about 150 policy changes that have caused the USA to prosper before the COVID came.

I don’t vote I just observe. I have not voted since 40 years ago.

The whole worlds of stupid human greedy governments has to end and it will end according to the Bible. (Every prediction, prophecy in the Bible has come true so far. ) Stupid human governments have never done anything for the citizens to help them with any real problems. And anyone who tries is killed or character assassinated.

Promises and none delivered, except in the politicians bank accounts which are mostly offshore and hidden in fake corporations. All that happens is they are harming your families health, destroying the planet (in the name of saving it) and stealing tax money.

Greed, sexual immorality, anger, and violence will be the nature of the earth for sometime, then the end of this will come. Every prophecy in the Bible is coming true right now, indicating we are in the last days of this system of disease, suffering and death.

Here Jesus was asked when the end of this evil system will come to an end and what are the indications.

Earthquakes
Luke 21:11 “There will be great earthquakes,”

Massive rise in devastating earthquakes since 1914.

Magnitude of 6 or greater. And below even more lately From USGS 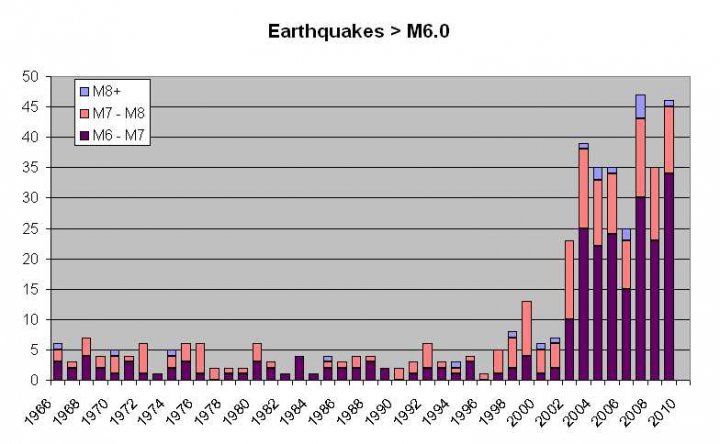 Luke 21:11 and in one place after another food shortages

Over 20,000 children die every day from food shortages and diseases relating to malnutrition. People in Venezuela are hunting rats, and eating their pets. Every socialist country starves its people. People in N Korea are eating their pets right now. In the USA when this socialist agenda takes ahold massive starvation and people killing and stealing for food. Better learn to hunt for rats and rabbits. You won’t have any guns to hunt with in a socialist government. They don’t want you to kill them when you are starving. In a socialist government no citizens can own guns for obvious reasons. In Australia they had a forced gun confiscation and in that year home invasions, killing and robbing, in broad daylight, when people were home rose nearly 300%. Criminals don’t give up guns.

Pandemics (pestilences all sorts of diseases):Luke 21:11 and pestilences;

There was no childhood cancer in the 1800’s listed as a cause of death. 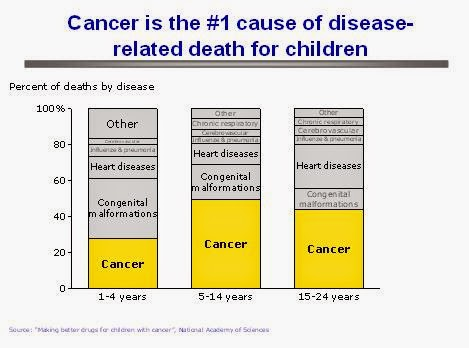 In 1847 adult cancer death was “only” 1 in 45 (that is a horrible statistic then) Now from the Center for Disease Control “33% of adults ages 15 to 64 will die from cancer.” Pretty clear extreme rise in Cancer. Cancer is a known genetic disease with environmental triggers, mutagenic pathogens is the most common trigger cause of these mutations. But is it a weak immune system that is the culprit, because it does not destroy cancer cells as it did in the past.

We have 1 in 9 babies born with serious genetic diseases. There are some 7000 of these so called “rare” diseases, but cumulative effect is horrible. All these disease require constant medical to just live a sort of “normal” life. Some can’t even walk because the pain is so bad even with drugs (Lupus a disease that never existed in the 1800’s). N.O.R.D.

Diabetes is up over 1000% in 60 years. 1 in 3 people in the USA have it or are prediabetic. This is prevalent from bad diets. The SAD standard american diet from the government [law for schools and we have tons of fat kids] is horrible and is all about money to the processed foods. Super high carbohydrate foods.

Luke 21:11 and there will be fearful sights and from heaven great signs.

The latest news on asteroids is that the Astrophysicists are predicting another huge hit in the near future. Neil Tyson said that. The Bible doesn't mention that, but "red moon" darkened sky and such.

This is a partial list of the events surrounding the end of this rotting system of disease , suffering and death. You can learn more on https://www.jw.org This is where a team of millions of Bible Scholars have studied all the "secrets of the Bible" and made them clear to all. And we can see it is perfect prophecy as this unfolds.

Medical doctors have said for years that “old age is a recognised genetic disease, and they are going to cure it.” Since they have not cured a single disease, I really want to see them try that one. All of human diseases are still here and they are rising by 7% of new diseases and cases every 10 years. In just the USA Medical has gone from $187 billion dollars (1960) to now $5 trillion dollars (2019). You need to understand what amortization is to realize that number is huge over 100 years. No wonder they hate Trump. This is the total revenues according to Forbes Magazine. Insurance, medical devices, machines, DNA test machines, Drugs, doctors, medical supplies, huge hospitals the size of small cities, research labs and more. That is not a good sign for human health as it reflects totally the real problem of the rapid rise of diseases.

Now for the GOOD NEWS:

What is the “Gospel” which means Good News of God’s Kingdom that Jesus was so adamant about as the cure for all of human suffering. Not only that there will be plenty of food and housing and clean air and water but also no diseases, no suffering at all, and death will be removed. Old age will be cured buy our Creator at the DNA level of human cell replication. Fixed as it was in the beginning.

Please read from these Bible Experts.

Posted by International Spa Design Engineer at 9:10 AM No comments:

Unfiltered: 'The democratic plantation really is worse than the plantati...

Posted by International Spa Design Engineer at 12:04 PM No comments:

Richard Dawkins Says Nothing is Something

Posted by International Spa Design Engineer at 9:09 AM No comments:

DNA Genetics; Mutations In Detail, The real science of Genetics

Posted by International Spa Design Engineer at 6:06 PM No comments:

Posted by International Spa Design Engineer at 6:28 PM No comments:

WESTINGHOUSE (Full Documentary) | The Powerhouse Struggle of Patents & B...

Posted by International Spa Design Engineer at 9:38 PM No comments: 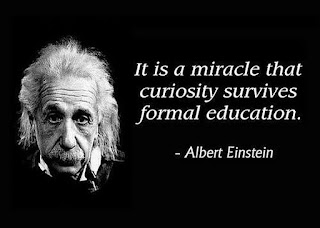 If I were to put on here the scientific/medical ( backed up by at least 30,000,000 scientific peer reviewed papers) of research; my observations on this division and what is actually true, my post would immediately be removed.
Nothing factual, or evidence based seems to have any chance of being respected and of not being hated by the majority of people.  It didn't used to be that way.   People at one time actually were desiring logical and scientific answers for all the disease, suffering and death on the planet.
People live with blinders on as always, and then when huge massive things go wrong, they cannot understand why?  It seems odd that all people want to be healthy, live in peace and not destroy the earth.

But all they seem to do is divide into groups that hate each other and have very little reasonableness in this process of thinking that division and hate for other's ideas will solve anything.  The fear of loss, pleasure seeking and greed, seem to be a primary motivation, especially in politicians.

But here is the synopsis:  At one time humans started out as one race, one religion, and had extremely good health, could withstand any form of pathogen and cancer did not exist.
Since then, humans have created race divisions, cultural divisions, so many religions, put lines on the earth and made nations (there are no lines on the earth from space), political ideologies (that have never worked), and created a whole concept of war on massive levels of killing as never imagined by our oldest ancestors, turned academic science into the state owned religion,  and in the process created more than 17,000 genetic diseases and more than 10,000 pathogens cultivated, all out of ignorance of the scientific, factual,  rules for health.  According to the studies on "dead genes"; genes that do not function any longer; we have lost some 44% of our once coding genes that provided better health, and much stronger physical nature to survive without medical nor technology.

"We cannot solve our problems with the same thinking we used when we created them."― Albert Einstein


Posted by International Spa Design Engineer at 1:05 PM No comments:

International Spa Design Engineer
I am a real scientist for over 47 years. I make my living producing functional equipment that always works as designed because I don't use any pseudo science. I hate pseudo science religious delusional nonsense, like Evodelusionism, in academia. We can clearly see from absolutely irrefutable evidence that humanity has never evolved and is now on a rapid "road" to genetic destruction.